About women in art

Let’s talk about women in art.
We are accustomed to the fact that most artists are men. In 2017, a team of researchers from the Luxembourg School of Finance, led by Professor Roman Kraussl, investigated the level of the value of the artist’s work on his gender and found that the work of female artists is much lower.
The gender gap in the art world is obvious: women are much less represented in galleries, in permanent museum exhibits and in temporary exhibitions. In particular, only 29% of solo exhibitions organized over the past decade at the American Whitney Museum were dedicated to women artists, 25% – in the Tate Modern Gallery in London, 16% – in the Pompidou Center in Paris.
The permanent exposition of the Dnipropetrovsk Art Museum presents only one artist – Maria Bashkirtseva, a French master of Ukrainian origin and the first Ukrainian artist whose works were purchased by the Louvre.
In 1880, Maria published an article in La Citoyenne in defense of women’s equality, complaining that the Academy of Arts was inaccessible to girls and advocating that women artists be recognized as full-fledged artists.
Her painting “In the Studio”, dedicated to women artists, is one of the most valuable exhibits of the museum.
Maupassant said of her, “It was the only rose in my life whose path I would have covered with roses, knowing that it would be so bright and so short!”
We invite you to see this picture. She is beautiful… 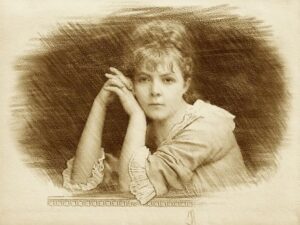 Personal boundaries. How to determine whether they are violated?
Svitlana Moroz: Depression is not a verdict